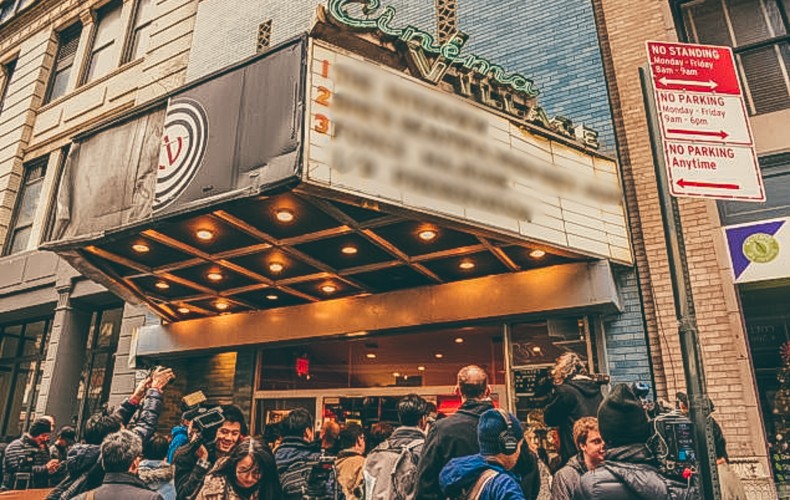 (10/07/15) – Distributor Filmoption International is pleased to announce that the feature documentary The Price We Pay from award-winning director Harold Crooks will make its NYC premiere October 30th at the Cinema Village in New York.

This cinematic essay film exposes how “offshore” tax havens and Google, Amazon and other tech giants of the “cloud” economy are undermining the 20th century legacy of progressive taxation, the New Deal and the Great Society and pushing us into a post-democratic future. 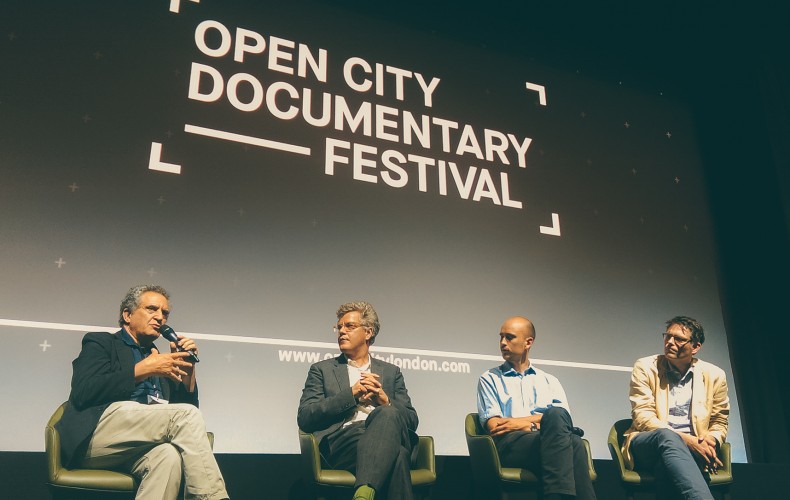 Here’s a recount of the OECD Forum in Paris by director Harold Crooks:

The OECD Forum [six months in preparation and hosting about 2000 attendees in its Rue Andre Pascal HQ] arranged a high profile panel for the discussion devoted to TPWP. Along with Oxfam France’s Claire Fehrenbach, there were Public Services International General Secretaty Rosa Pavanelli, Columbia’s Minister of Finance and Public Credit, as well as Brigitte and myself. An hour before the event we began gathering in the VIP Lounge with our moderator, the Financial Time’s tax specialist, Vanessa Houlder, who had flown in from London that morning.

I accepted a request to contribute to an OECD Forum Highlights video by offering a few thoughts about the future role of multinationals. My answer went something like this: the multinational of the early 21st century and the end of the 21st century cannot be the same thing if humanity is to meet the challenges it faces in terms of inequality, climate change, species extinction, etc. In other words, the multinational must evolve and part of its evolution to a new form can be achieved by the fullest participation in adapting to a just rewriting of international tax rules.

President François Hollande was late for his session, thus delaying ours. OECD officials had – in anticipation of his arrival – removed from the magazine racks copies of this week’s Le Nouvel Obs lest its cover photo offend the visiting head of state. The photo was a Sphinx-faced Hollande hidden behind reflective sunglasses across which was printed in bold print: “Le PS est-il de droite?” I quipped to Rosa Pavanelli that our film is more socialist than the French socialists. She shot back that this would not be a difficult accomplishment.

When we entered the Pink Amphitheater every seat was taken. Vanessa Houlder brought Pascal Saint-Amans [the OECD’s point man on bringing international tax rules into the 21st Century] up on stage and he introduced the film calling it “brilliant” in its ability to present the complex subject in a manner accessible to the general public. He added that he was relieved to have been treated as respectfully as he was.

Rosa Pavanelli had to depart immediately after the screening but before she left she shook my hand and said she hoped the film could be shown in the Fall at a large public event linked to her confederation of public sector employees’ initiative: the International Commission for the Reform of International Corporate Taxation.

All the panel discussants echoed the same positive response about the important role the film would have in raising public awareness and an online poll taken of the audience asked whether or not it believed the OECD tax reform initiative known as BEPS [Base Erosion and Profit Shifting] was going to go far enough in assuring a level playing field in the international tax system. Pascal, seated in the front row, winced slightly when the poll result was announced by Houlder. Three quarters of the audience said: no, it would not.

Most gratifying for me was the message Brigitte and I received next day from Oxfam’s Claire Fehrenbach. She expressed great admiration for the film. She echoed the words of others about its accessibility and its treatment of the negative impact of corporate tax avoidance on the developing world. She also saw a direct link between the film and the Oxfam campaign “A Égalité / Even it up” launched in the spring.

Furthermore, Claire contacted Oxfam colleagues in UK about our June 19 UK premiere in London’s Regent Street Cinema at the Open City Doc Festival and they are already in contact with me regarding the possibility of participating on the 19th.